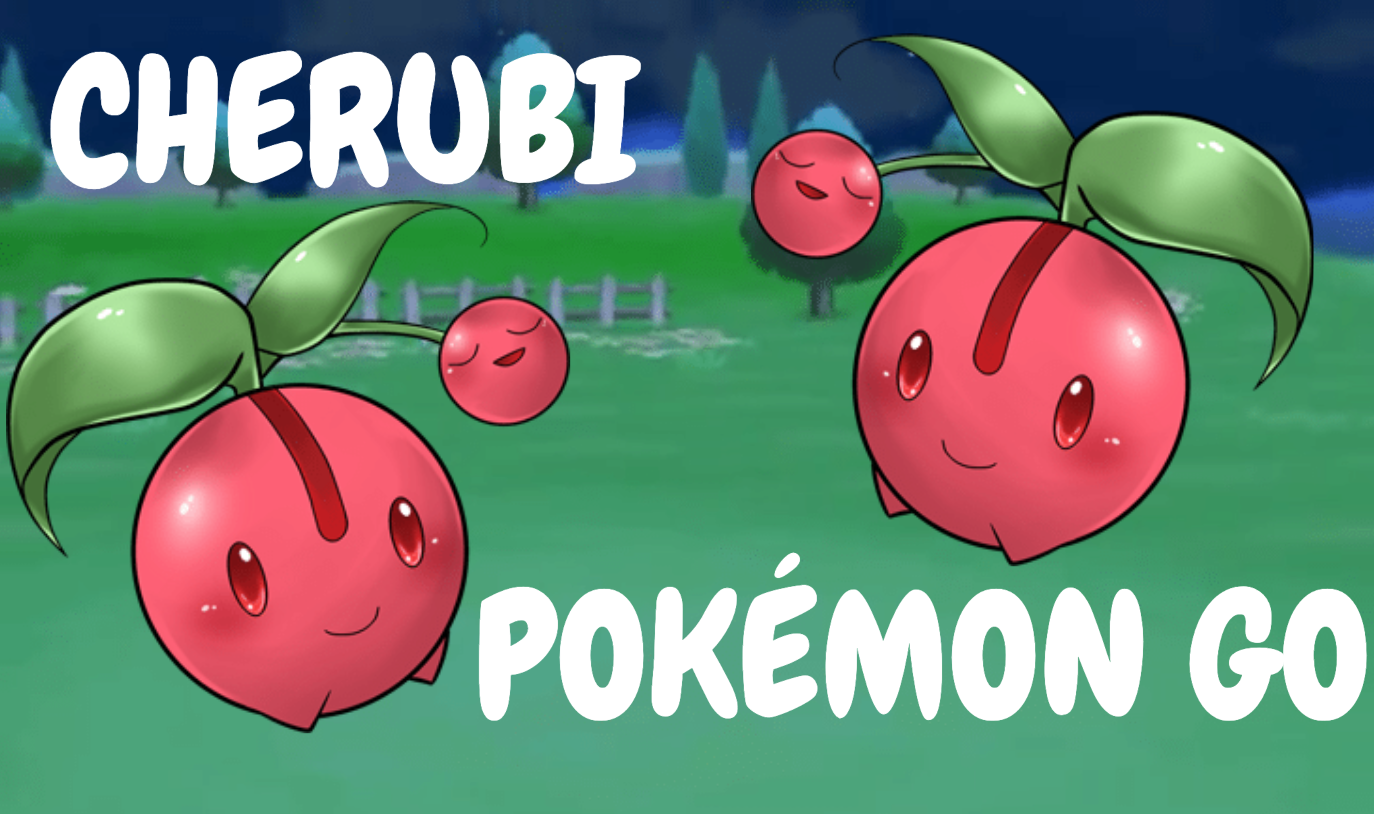 Cherubi, the Cherry Pokémon, aka the cutest thing that came out of Gen IV, is one of the 400+ available Pokémon in Pokémon GO. Though its max stat is at an abysmal 950 CP, it does evolve into Cherrim, which is a bit more usable.

How to Get Cherubi in Pokémon Go

You can find Cherubi through the standard Pokémon Go catching method, like most other Pokémon in the game—by walking around until you find it.

As a pure Grass-type, you can heighten the chance of bumping into the Cherry Pokémon by venturing to “green” areas, such as parks, gardens, farms, or even a stroll down your quiet local neighborhood.

LaLarge parks also contain “nested areas” where they may spawn more occasionally. Look out for places with multiple PokeStops that may also increase Cherubi’s potential spawning. Other players may pump Lure Modules into these PokeStops, which always helps!

Get Cherubi in Pokémon Go Through Eggs

When it was available, though—Cherubi was under the 5 KM egg group, and the maximum CP was 542. Its evolution, Cherrim, was never made available via this format.

Get Cherubi via Field Research

Similarly, you’re a bit late, as Cherubi was available in one Field Research: Valentine’s Day: Evolve a Hoppip. This event, of course, took place this February. However, it may be a sign that Cherubi may be available again during the next Valentine’s Day event. Stay tuned!

About Cherubi’s Evolution in Pokémon Go

In the core Pokémon games, Cherubi’s evolution has a signature ability, Flower Gift, which boosts your team’s Attack and Special Defense stats by 50% during harsh sunlight.

In Pokémon Go, however, where abilities do not exist—there is no difference between the two forms. There is no stat bonus for the Sunshine Form either, unfortunately.

When you evolve Cherubi into a Cherrim, it will always appear in its Overcast form. The only way to own a “Sunshine” Cherrim is to find and catch one when the weather is sunny (which calls for a “How to Catch Cherrim in Pokémon Go” guide!).

About Cherubi’s Stats and Moves in Pokémon Go

Cherubi has one of the lowest stats in the whole franchise, in the core games—with base stats stalling at 275.

In Pokémon Go, Cherubi doesn’t fare that much better. Its base stats are:

The Great League in the GO Battle League is the saving grace for many Pokémon that did not find any usage in traditional Pokémon games. The max CP is 1,500; thus, many averagely stats Pokémon can still excel, when their stats max out at around this number.

Unfortunately, Cherubi was not given this opportunity in this scenario. Its numbers are a far cry from the competitors. Cherubi’s evolution—Cherrim—does stand a chance though, with the max stats going a bit over 2,000.

But if you were still wondering, here are its PVP moves, along with the best option in (my opinion) in bold.

As you can see—our little Cherry has a set of decent moves, pulled back due to lack of power to make a dent in the league. But hey, you can always catch Cherubi to use in Pokémon Go in casual battles.

That wraps up how to find Cherubi in Pokémon Go, its evolution, and some tips on using the cute cherry-mon. Enjoy battling, Trainers!